The Academy rarely gets it right, largely because of politics, old boy networks, loyalties, favoritism, career rewards, missed opportunities, and popularity games — and because voting tends to split the two best choices so much that the third choice gets the Oscar instead (famously, this is what happened between Jimmy Stewart for Mr. Smith Goes to Washington and Clark Gable for Gone with the Wind, allowing Robert Donat to win for Goodbye, Mr. Chips). I suspect this is precisely what happened this year between Paul Newman and Spencer Tracy, letting Maximilian Schell slip in for Judgment at Nuremberg:

Older Academy voters must have felt like casting some love out for Charles Boyer, in the now almost forgotten Fanny: 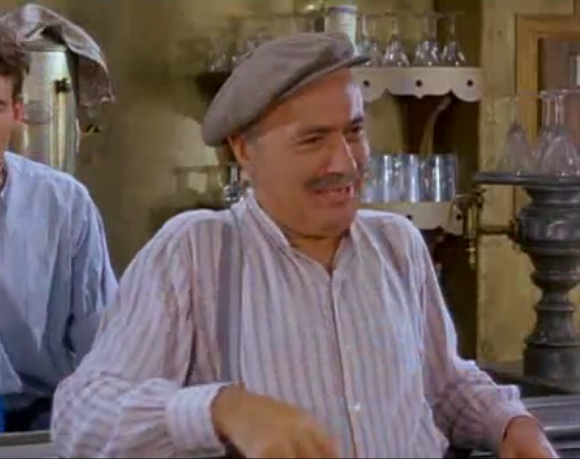 Paul Newman points towards the rest of the decade of the Sixties with his anti-hero in The Hustler:

Spencer Tracy, once again, provided a deeply emotional performance, this time in Judgment at Nuremberg;

Finally, Stuart Whitman won a nomination for a reformed child molester in the completely forgotten The Mark. Yeah, I said reformed — that’s the ugly lie this movie tries to put across, when in reality, child molesters never reform. Ask any psychologist who has worked with that group if you don’t believe me.

The Academy did overlook two outstanding performances this year.

The first was for Sidney Poitier, playing a deeply flawed man in the film adaptation of Lorraine Hansberry’s classic play, A Raisin in the Sun:

Finally, the Academy ignored the American release of Akira Kurosawa’s adaptation of William Shakespeare’s Macbeth, Throne of Blood, with an incredible performance by Toshirô Mifune:

By the way, those were real arrows being fired at Mifune by master archers.