The original winner was that future fervent Nazi, Emil Jannings, who brandished his Oscar in front of him as a shield in the ruins of Germany when he met up with Allied soldiers with guns. Here he is posing: 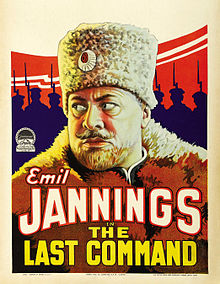 Jannings was nominated for The Last Command and The Way of All Flesh (now a missing movie).

The other official nominee was Richard Barthelmess, for The Noose and The Patent Leather Kid. Here he is in 1934:

And a hand-tinted still from The Noose, a courtroom drama:

You’ve probably never seen it — it exists in an archival copy in the Museum of Modern Art in New York City. As for his other movie, here is a nice poster:

The behind-the-scenes jiggering began in this very first year, when Charlie Chaplin was first nominated for The Circus — only to find all his nominations this year rescinded. I think he should have been nominated:

Allow me to offer you some different choices:

First, the Great Profile himself, John Barrymore, as a Russian officer in WWI and the Russian Revolution, Tempest.

Here is a clip:

His brother, Lionel Barrymore, had a much longer movie career, but his performance as a prudish minister may be worth considering in Sadie Thompson.

You can begin taking a look here:

Finally, I offer for your consideration the versatile — and busy — Lon Chaney. The Man of a Thousand Faces was a huge box office star, and in this eligibility period he made the following movies. 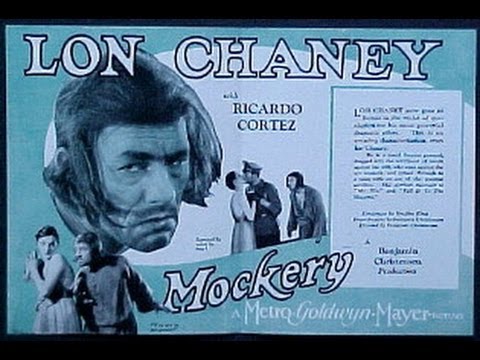 The lost London After Midnight:

A gangster in The Big City: 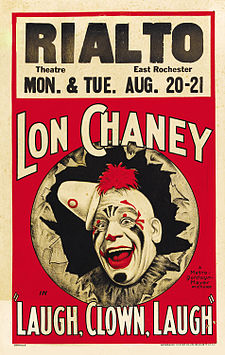 Now THAT is an impressive series of silent films!

And here’s Buster, in The Cameraman!

And Harold Lloyd, with Speedy:

Which of these actors do you think should have won for their body of work this year? In the future, they will limit nominees to one film, but this is how they did it now.