And here we go with Year Two of the Best Actor polls!

The winner this year — if you want to call him that, given the outright rigging going on behind the scenes — was Warner Baxter for In Old Arizona, a tired, stereotypical, poorly plotted Western:

Literally, the worst Spanish accent ever.

Next up: Chester Morris, a favorite B-movie actor for his Boston Blackie series. In Alibi, he’s a gangster: 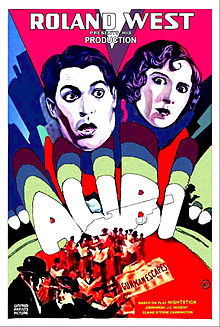 The posters, sad to say, are often far better than the movie.

Then we have the venerable Lewis Stone, in the lost Ernst Lubitsch film, The Patriot. Stone is in the black and white picture. 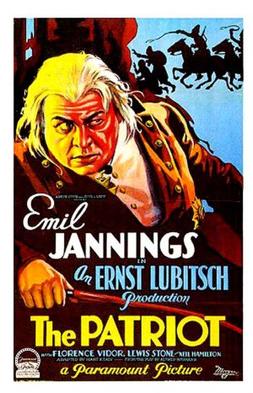 The last of the original nominees is Paul Muni, who was Hollywood’s most respected actor for much of the Thirties.

I offer other actors for your perusal:

Lon Chaney slowed down a bit in this year, what with the transition to sound making everybody in Hollywood hesitant:

Lionel Barrymore plays Chaney’s enemy and tormentor in that one as well.

Not much to choose from, I’m afraid, but then, this shift to sound wrecked a number of careers. Fortunately, it didn’t wreck mine! Then again, I wasn’t born yet — but you probably weren’t either.