I love Victor McLaglen. I’m always amused by his performances, particularly in John Ford films. I even know his step-grandchildren, who say he was a gentle giant.

But there’s little to be amused by in The Informer. A serious, arty artifact of Ford’s move to a more somber mode of filmmaking, once upon a time, The Informer was regarded as the greatest of all American films. I doubt there are many who would assert that today, or even regard McLaglen’s performance as the best of the year. I’m fairly sure they didn’t back then either, but the triple nomination for the actors of Mutiny on the Bounty likely siphoned away enough votes to slip McLaglen through the ballot box successfully.

Clark Gable, Charles Laughton, and Franchot tone were all nominated for Best Actor from Mutiny on the Bounty, an achievement never matched since. Gable and Laughton were riding on the laurels of their previous wins, and Tone had the support of his wife Joan Crawford, who had probably slept with most of the male voters (and probably a few of the others as well). 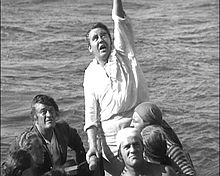 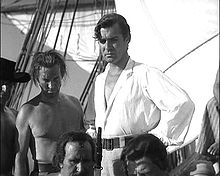 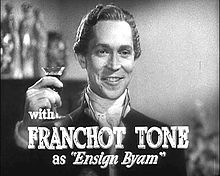 Before we turn to another actor, please remember that Laughton had a trifecta this year, since he was also the villainous Inspector Javert in Les Misérables, and the shy, unruffled butler in Ruggles of Red Gap.

Laughton’s rendition of Lincoln’s Gettysburg Address reportedly brought this speech back to the American consciousness, where it has resided ever since. Here is a clip of that scene:

I offer one more actor for your consideration, and remind you that there were no supporting categories as yet. In one of the most perfect casting moments ever, I point to W.C. Fields as Mr. Micawber in David Copperfield. How good is Fields? He actually convinces you that his character likes a child… 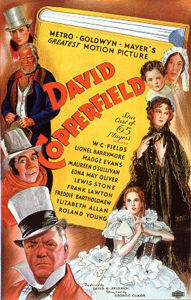 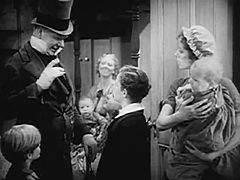 A fine year for acting, no?