If there’s one year of the Oscars everybody remembers, it’s 1939. And if there’s one snub for an actor, almost everybody says “Clark Gable for Gone with the Wind” because Robert Donat managed to snag the Oscar for Goodbye Mr. Chips.

In fact, Gable was not the one snubbed — it was Jimmy Stewart for Mr. Smith Goes to Washington. Gable stole enough of his votes away to let Donat slip in.

So frankly Scarlett, do you give a damn? 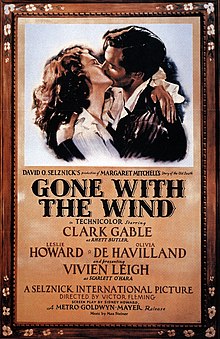 Laurence Olivier was also in the running, as Heathcliff for Wuthering Heights:

The one official nominee that always seems to surprise people is Mickey Rooney for Babes in Arms:

And finally, as mentioned, the Senator:

Given this is 1939, here are some other great actors who could have easily been nominated as well:

Two of them are from the same movie: Burgess Meredith and Lon Chaney, Jr, Of Mice and Men. 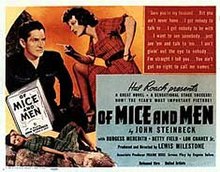 Henry Fonda had one of his best performances in Young Mr. Lincoln:

Finally, in a performance that may be his career best, I offer Charles Laughton as The Hunchback of Notre Dame: 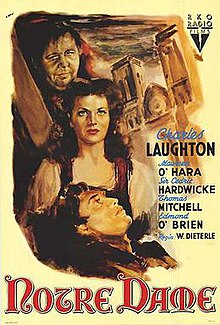