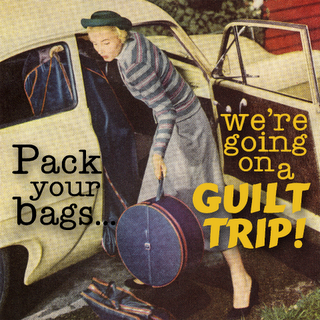 The guilt finally got to me.

That, and my incipient OCD. I’m not a neat freak, but I hate leaving puzzles unfinished, books unread, and movies unseen.

See, I’ve been watching an enormous number of movies over the past few years in writing these books, and I’ve tried to watch everything that was ever nominated for an Oscar. But early on, certain categories were set aside, for three main reasons. First, my sense of my own incompetence in judging things, as with editing (in my opinion, the most elusive and complex of the cinematic arts) and the technical awards (like sound). Second, the more obscure categories, particularly the short subjects and documentaries, because of the intense difficulties in locating what has to be admitted are ephemera. Third, length issues were becoming an issue, because I’m trying to be thorough, even with bad movies; I didn’t want to leave anything out somebody would be looking for in my books. The years covered in each volume are determined mostly by the patterns I’m using to organize them, so certain volumes are going to have more years in them. So omitting the less popular categories became one way of managing the length.

But the guilt got to me. People would ask me what the books were about, and I would say that I was recreating what should have happened at each Academy Awards, for almost all the categories. They’d look impressed, but then that word “almost” would have to be explained. It was the “almost” that began giving me, believe it or not, a few sleepless nights. So last night I began to realize that this project would not be complete until I could say, with firm conviction, and an insane gleam in my eye, that when I was done writing these books, I had actually seen every available movie ever nominated for an Oscar.

Then I could stand up, proud in my completist fervor, and stare down every other cinemaniac in the world as King of this particular hill.

So here’s what I’m going to do. As a bonus to my readers, and to assuage my guilt, I will be going back (from time to time) and filling in the holes in the record. I may not be able to see everything — because not everything still exists, or is available for viewing — but I will have made an honest attempt to do so!

I’m even discussing the editing. Yes, I’ve begged off on this for a lack of training and insight and awe. But guess what? After watching over 3,000 movies now, all with my critical apparatus lit up, I’ve started noticing the editing choices being made. I’ve even found myself starting to make comments about them as I wrote the third and fourth volume. I think I’ve hit a saturation point where the decisions being made about editing are becoming much clearer.

What can I say? I’ve evolved as an auto-didact. That, and my cinephile friends keep making fun of me.

So stay tuned to this page on my blog, and every so often, when I’ve got the time, I will go back and add in another year.

I hope you enjoy me filling in these last few parts of the yearly Oscar picture! Maybe when I’m done, I can sleep the sleep of the righteous once more.