1951 is showing us the slip into Fifties spectacle, going for bigger and bigger canvases, more location shooting, more elaborate stories.Fewer classics this year than in the previous three years were made, but any year with A Streetcar Named Desire and The African Queen is well worth having.

As for me, I am finding that the documentary and short subject categories look far more like old Hollywood than new Hollywood — which makes sense, given that these forms were often being made for very traditional double feature theaters that were still showing a cartoon, a serial, a newsreel, and these shorts. Editing and Sound go where the big guns go, just trying to keep up with the budgets.

I’m just trying to keep up with the budget too — the time I’m investing in these is worth every penny I’m not spending. You can’t buy love, but you sure can buy some peace of mind by putting time into what has been left undone.

I love doing puzzles — and I’m looking forward to filling in the last piece, doing the last clue, watching the last omitted movie.

Let’s start with the short subjects this time.

World of Kids? Kids? What kids? No short, either. The thing has vanished, like lost toys.

Ridin’ the Rails? Rails? What rails? No short, either. The thing has vanished, like the steam engines that once crossed the prairies.

The Story of Time? Time? What time? THIS TIME:

Nature’s Half-Acre uses time-lapse and close-up photography to show just how much wildlife moves across a small plot of land. Fascinating:

Balzac tells the life story of one of the finest novelists who ever lived, using a long series of novels in his La Comédie humaine to portray a broad swath of life in France after the defeat of Napoleon Bonaparte. I’d recommend beginning with the very accessible Le Père Goriot. By the way, Balzac drank fifty cups of coffee a day. Have fun trying to keep up with THAT, you coffee fiends. Also, have fun trying to find this short. I couldn’t.

Danger Under the Sea? No clue. No short.

Kon-Tiki is one of those movies I’ve known about my whole life, because I have a picture of my father walking in his Air Force uniform on the streets of San Francisco, before he shipped out for Korea, in front of an old-fashioned theater marquee showing…Kon-Tiki. Thor Heyerdahl became convinced that the Polynesian islands were populated not from the West, but from South America to the West. He and his crew built a raft from native materials, using native methods, and proceeded to make the journey themselves. This is the visual record of that journey. Here is the entire film: 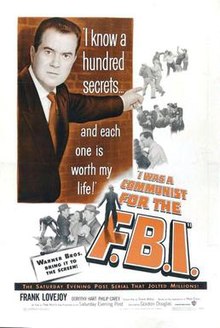 Welcome to the Red Scare of the Fifties. I Was a Communist for the F.B.I. Sheer propaganda, and often fictional. I suspect this nomination was to provide cover for Hollywood during the investigations. Almost laughably over-the-top now. Here’s the first part, if you can stomach getting through the whole series (I managed…once):

Benjy is not about that little scruffy dog — but about a boy who needs orthopedic surgery. This fundraiser for the Los Angeles Orthopedic Hospital won in this category. Henry Fonda narrates. A noble cause, but a missing short.

One Who Came Back is about the return home from Korea of a wounded American soldier. Unfortunately, this short never came back.

The Seeing Eye is about a school that trains guide dogs for the blind. They should send one to me to help find these missing movies.

The Academy went with an obvious choice:

Unfortunately, the whole Mario Lanza experience has not aged well, even for opera buffs like me.  The same is true of the next nominee: 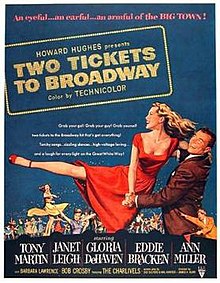 I’m afraid Busby Berkeley was far past his expiration date on this one.

Melodramatic nonsense about serving or not serving in the Korean War, and not worth a nomination for sound.

Well-meaning melodrama about being both physically blind, and metaphorically blind. A racist is blinded; he learns to “see” past his racism. The nomination is because the characters can’t see — but we can. Not a distinguished choice.

Now that’s a sound we all remember — and should have the Oscar as well.

I confess — I was completely underwhelmed by this movie. I had a number of problems with it, not the least because the novel is a masterpiece, and the movie completely betrays it (I explain why in V. 2, WHO Won?!?). I know George Stevens lived in the editing room for months at a time when cutting his films, but I’m not convinced that all that effort equals the best editing of the year. I am, however, willing to be convinced, given the competition in this category — feel free to try in the comments below!

All I’m going to say is that what’s wrong with An American in Paris is that it’s not Singin’ in the Rain.

The Well is a well-meaning attempt to heal racial divisions in the attempt to rescue a little black girl who has fallen down a well. Worth a watch to see how 1951 saw racial relations. The editing is mundane. 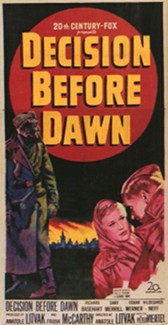 American intelligence sends German double agents back into Germany to help end the war faster. Interesting, if awkwardly made. The editing is forgettable. 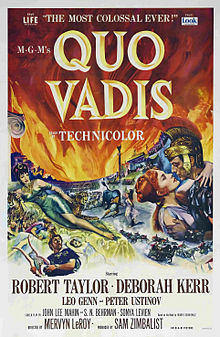 Complete claptrap and the very definition of boring Fifties spectacle. The editing doesn’t help any better.

Overall, not a year when any film is edited with any degree of originality.

But then, I’m not being particularly original here either — I’m only as good as the material I have to work with!